Aarhus Central Station is the main railway station serving the city of Aarhus. Serving as the main connecting hub for rail traffic between Aarhus and the rest of Denmark, the station is used by an average of 6.3 million people per year, making it the busiest station in Denmark outside the Copenhagen area.

The first railway station in Aarhus was built in 1862 near Ryesgade and served the Aarhus-Randers railway line. It was constructed by the civil engineering company Peto, Brassey and Betts, and encompassed administration buildings and railway works.

In 1884, a new and larger station building was constructed. The second station was built in Neo-Renaissance style by Thomas Arboe and William August Thulstrup and was possibly inspired by Bonn Central Station.

However, also this building turned out to be to small for the quickly developing city. The third and current Aarhus Central Station was built in 1927 by the Danish State Railway’s architect K.T. Seest as a part of a plan of the whole area around the station.

The Aarhus Light Rail system of electric trams opened its first line from Aarhus Central Station to Aarhus University Hospital (DNU) in Skejby in December 2017. The light rail system will expand with more sections in the years to come.

Several new images in the “harbour”, “lighthouse” and “church” categories has been added to the webshop.

Here are some of the newly added images. 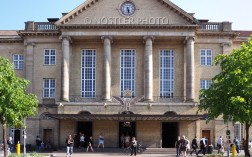 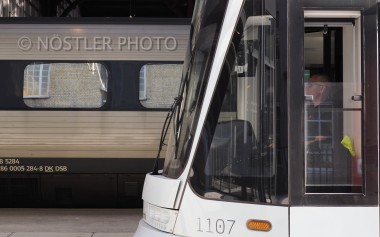 The train and tram

The train and tram 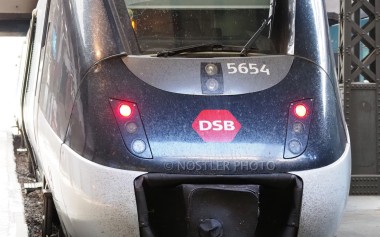 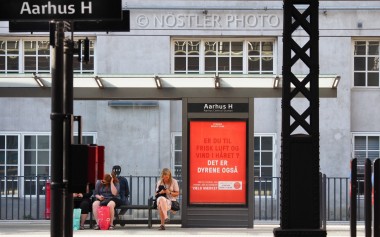 The newest member at the station

Time the catch the train

Waiting for our loved ones